Today, online marketing has become the most inexpensive way for advertisers to reach their respective target audiences. That said, the current market is the product of several key shifts in marketing tactics, audience expectations and demands, and the rise of newer mediums such as special content and social media platforms.

Here is a quick look at the current internet market as told by Jason Kulpa, guest author of San Diego Patch.

Outbound fading
To fully understand the current infrastructure of online advertising, it is key to recognize one important notion about almost all target audiences: the vast majority of them have become increasingly annoyed by outbound ads, or ads that seek out and attempt to sell themselves to potential customers in a one-way manner (e.g., cold calling, pop-up ads on web pages, banner ads, etc.). These methods are almost always dismissed as invasive in today’s online landscape, as they are commonly assumed to provide little benefit outside of solicitation alone; this has put the web-based outbound market on the threshold of obsolescence. After all, the general consensus is simple: if one is to have his or her web surfing interrupted or obstructed by an ad, that ad will need to have some type of added value to have any chance at real consideration.

An inbound market
As a result of the aforementioned, the internet market has shifted towards inbound tactics rooted in customer value; in other words, marketers have put a stronger emphasis on ads that educate and/or entertain their target audiences in addition to selling a product or service. These ads are usually interactive in some manner and are organically rooted in social media, search engines, and online referrals to appear less invasive and more informative. In some ways, this change reflects a steeper set of demands and expectations from the average target audience — now, audiences have been conditioned, by web surfing, to move much faster, accepting and dismissing content at a much quicker rate than before. To keep pace with this sometimes breakneck pace, ads must innovate to stick out and command longer bouts of attention. 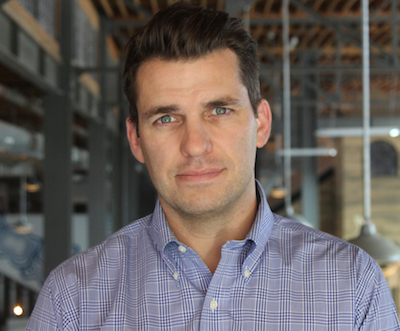 Jason Kulpa is a San Diego, California-based entrepreneur, marketing expert, and philanthropist. He is also the founder of UE.co, a leading marketing and sales platform originally launched in 2008. Jason’s years of experience have shaped him into a respected leader and innovator — both in his field of expertise and in his community. He was named “Most Admired CEO” by the San Diego Business Journal in 2014.